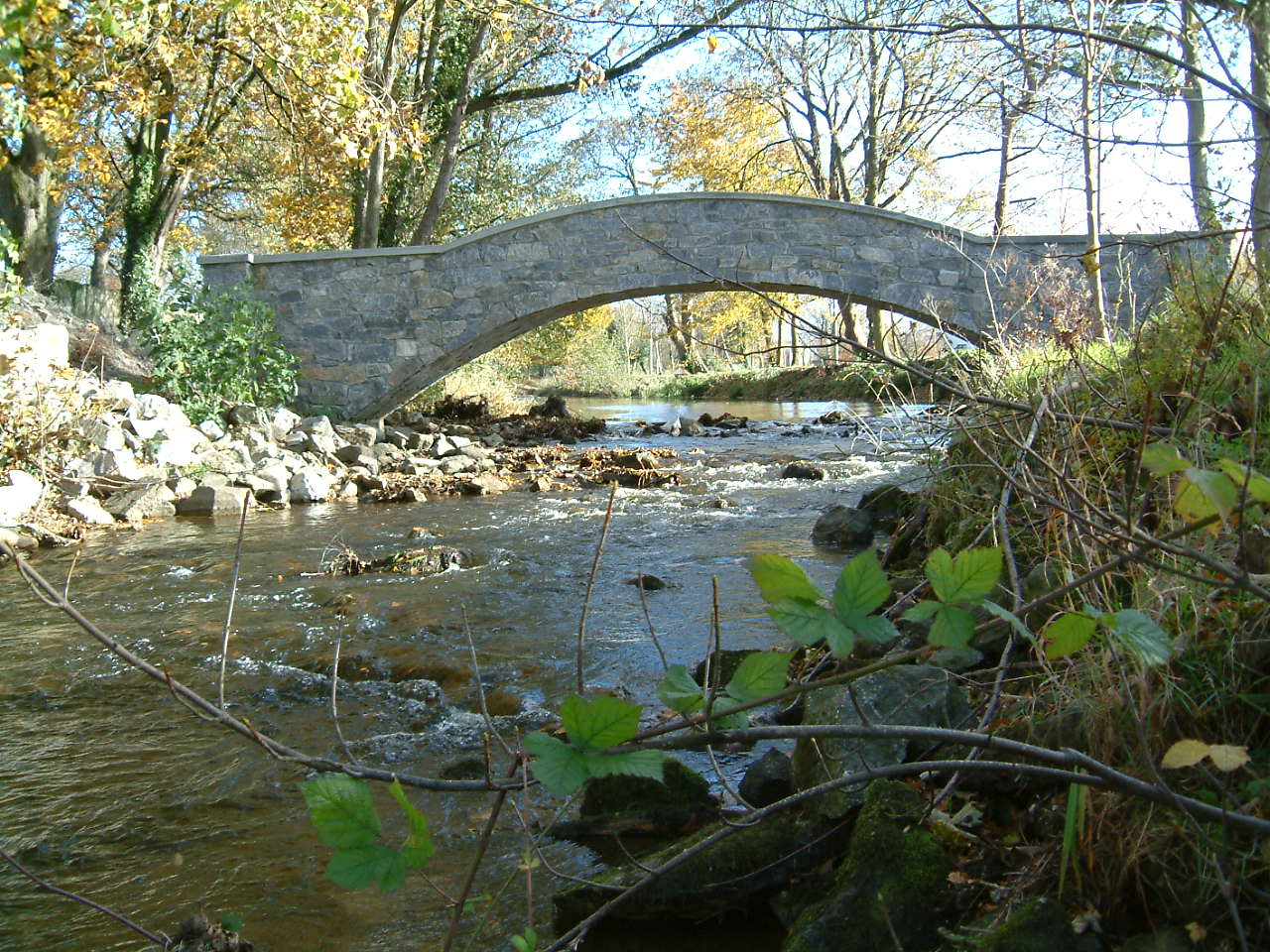 Kilcormac town itself has a rich and history. Why not take a walk around the town and check some of these attractions.

Kilcormac Pieta
Located in the Church of the Blessed Virgin Mary, the Kilcormac Pieta was carved from solid oak in the 16th Century in Spain (it is believed). Most amazing is the story of how it survived the scourge of Cromwell and made its way to its current location. Click here to read the full story.

St. Cormac’s Well
Just a few minutes walk from Kilcormac Town Centre, is one of the many ‘St. Cormac’s Well’. In local folklore, it is said that St. Cormac was chased by wolves to his death. Whilst trying to escape from the wolves, every time he fell, a well sprung up. One of these such wells is at Ballincloghan, where every year on St. Cormac’s Day (21st June), locals gather to pray to the saint from whom Kilcormac gets its name.

St. Cormac’s Park
As Bord Na Mona developed the boglands around Kilcormac, a large amount of employment was created in the area. This brought workers from all over Ireland and beyond to live in Kilcormac. This created a need for additional housing for these employees.

Esteemed Town Planner, Frank Gibney, was appointed by Bord Na Mona to design a new housing development for their employees. This new housing estate, of 104 homes, was called Pairc Naomh Cormac (St. Cormac’s Park). Gibney had a very distinctive style of civil design, deriving from the Beaux Arts tradition which drew upon the principles of classicism, and reference Gothic and Rennaissance elements, but with the use of modern materials. His designs are notable for their curved terrace of houses enclosing generous green amenity spaces.

The houses included modern conveniences not yet common in rural Ireland, such as turf-fired boiler cookers, hot running water, indoor toilets and baths, and a fuel store.

A strong sense of community was created in St. Cormac’s Park, and a sense of vibrancy was added to Kilcormac. New businesses sprung up in the town to service the needs of these locally employed families. The sense of community and pride is something that still exists today, most notably through the pristine condition in which the park is kept.

To find out more about St. Cormac’s Park, check out the Kilcormac Audio Trail Guide here

Sisters of Mercy Convent
This beautiful building, built in 1885, sits on Main Street in the centre of the town was up until home to the Sisters of Mercy nuns. The convent sits on the site of the original Carmelite monastery which was founded by Odo O’Molloy in approximately 1406. It is believed that the monastery was ransacked following an English attack of Kilcormac in 1548, and dissolved due to the religious policies of Henry VII. The best known relic of the Monastery is the Kilcormac Missal which is preserved in the Library in Trinity College, Dublin.

Local Walking
Kilcormac is a Trailhead for the Offaly Way which journeys from the Slieve Bloom Mountains into Kilcormac, on through Lough Boora Discovery Park and along the Grand Canal. For something a bit shorter, there are 4 signposted loop walks that start in Kilcormac, at the Market Square, where you can pick up fresh produce every Saturday morning at the Fresh Food Market. For a selections of walks in and around Kilcormac, click here.